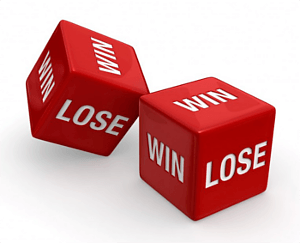 It is being said that a particular wind band which is NOT part of the association spent around €20000 for the Good Friday procession only for a wind band of around 120 with some getting around €600-€700 each for a four hour procession. I say this is, arrogance, stupidity, short sighted and also insane from the band club side. It would have done much better to invest their money in there nonexistent tuition to children in there city rather than trying to show force when they have no foundation at all.

Wanted to start this post with a real-life scenario. All of the above is simply out of context and out of the spirit of this document. I hope for this band club to come to its senses as quickly as possible before being found guilty of closing doors due to their stupidity. I feel sorry for their music director to have to endure such a position in such a filthy society. That is why we need to have a sense of classification, in order to motivate musicians to grow in their musicality and in order to stop some tyrants from jeopardizing the balance between what is rightfully given and what is being demand just because. We need to stop being arrogant, and give stupidly high prices just because we can afford. What are we? Bankers? Our ego is so high that we see everyone else as enemies. Our ego is so high that if the one next to me was able to be paid more than me than i will pretend to demand higher as well. No one knows what he is worth. Just to put this into the picture, a musician in the Army has around 9 Euro an hour give and take. These musicians are professional players, one could also say they are the some of the best players in the wind band world in Malta. You can all do the math of what 3 hours would that cost. But lets not go there shall we? I deem, that most of the musicians are genuine, I also deem that the musicians out there would be fools if they are given more than they expect and refuse it. So for the sake of everyone involved, to create a status quo between all parties, let us come together and create some standards, that are good for everyone.  Let us stop shaking hands during conferences and then do everything on the contrary. Let us give the importance to what is really important, which is giving a real holistic approach to teaching. It is not about examinations but it is about quality. Exams, although important in today’s world, they are just stamps. We need to create a place where the band clubs provide what they are supposed to provide, that is, musicians of quality. We need to change the mentality of quantity is more important than quality, and make sure we give the due respect to our own musicians.

Other important changes which directly impacts the musicians are the following:

This is not something for someone to one and someone else to lose. It has a larger meaning for those starting off today to have a better chance of progressing within the structures of the club, a more just system, less conflicts and more understanding. Just to remind everyone, this is not me saying all these things, this is what have been discussed, and approved. I can’t wait to see what the musicians have to say when they will be meeting, if this is still on. I still have to see what those few tyrants will say after reading this articles. I still have to see what the association will be doing in the coming weeks/months on this. What I can surely say is that I am putting my “career” on the line, because I believe that we can change things around together, to have a future. Some clubs that adopted this line of thought are already seeing improvement, and if they were able to do it, everyone can. It is just up to us.

2 thoughts on “Winning or losing!”