On the 6th of July together with the Big Band Brothers’ Roving setup, will hit Bethlehem with a great music set as part of the Street Festival after being invited to take part in this EU project funded under the EuropeAid programme. CLAP. 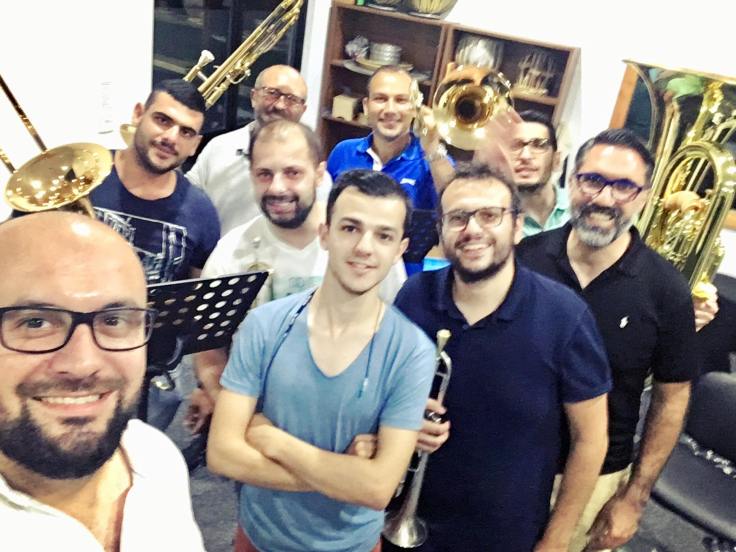 The BBB have been invited to participate in a Street Festival in Bethlehem on the 6th of July, as part of an EU project funded under the EuropeAid programme. CLAP – ‘Creative Labs and Artistic Performances in Palestine’, aims to enhance and nurture intercultural creative exchange between European and Palestinian performing arts organisations and artists through capacity-building, networking and showcasing.

This project promotes the notion of Palestine as an open space for culture, based on inclusivity and allowing extensive social interaction and community engagement. As such, this project promotes intercultural creative exchange between European and Palestinian performing artists, performing arts organisations and cultural leaders in order to create ties between creative practitioners and the community and deepen the understanding across different cultures. This project in fact aims to create a favourable environment for cooperation and conciliation, promoting tolerance of the different cultures. The results of this project will contribute towards the cultural sector’s capacity in connecting with the community’s problems and sensibilities as well as to the outside world through capacity-building, networking and showcasing.

The Street Festival will enhance intercultural collaboration and co-production between European and Palestinian performing artists, inspiring performances that promote the values of tolerance and respect for diversity. The showcasing of the artistic performances will contribute towards this project’s goal of celebrating diversity and multiculturalism, to promote community cohesion, engage marginalised groups and refugees, and to bring artists and communities together.

The festival will result in active participation, cooperation and collaboration between Euro-Palestinian creative practitioners including festival managers, festival programmers, artistic directors, performing artists and performing arts organisations. Both festivals will contribute to promote and highlight Palestinian cultural identity as well as a European visibility in Palestine, creating cultural bridges between Palestinian and European artists.

The Street Festival aims to attract an audience of around 10,000 people ranging from young children to families. By presenting relevant narratives through performances that audiences can relate to, the festival will be better equipped to engage with a wide and diverse audience coming from different areas of the region.