Alongside the feasts season we also have the wedding seasons, and as I was juggling out with what colour of tie should I wear to compliment the suit and my wife’s dress colour, I had some ideas running through my mind.

As bands perform throughout the year we all wear that coloured tie with the special emblem to show uniformity, and be as smart as we can (when it is worn as it should be). When I play with any wind band rather than my own, I just wear it and really do not think about it. On the contrary, when I wear my home-town tie, I feel proud, and even though I had my fair share of disagreements, I still feel obliged to commit my time and give a service to the club that gave me the initial music breath. 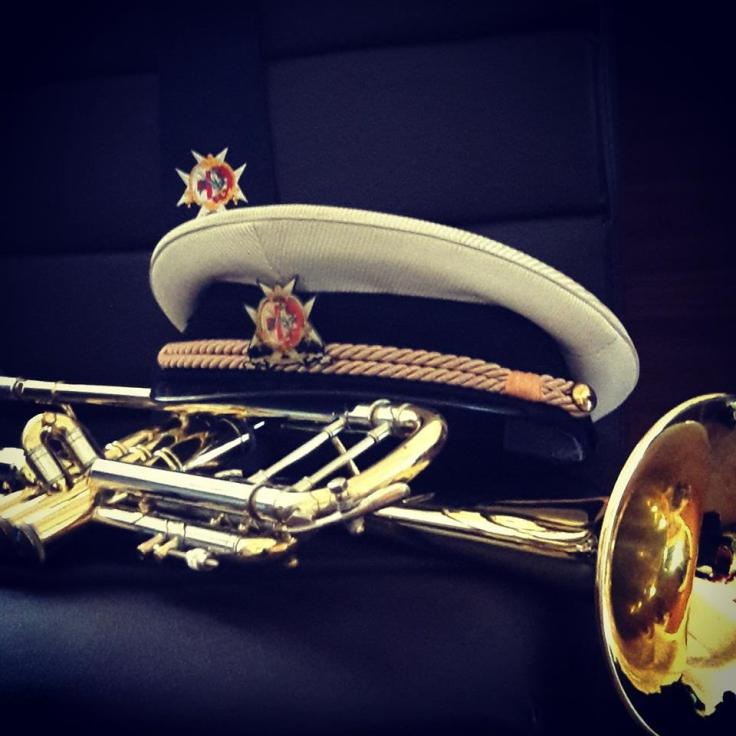 What makes me feel obliged is maybe because I was given many opportunities to learn and different experiences that surpass those moments of misunderstandings and the moments that made me feel unwanted. There was a time where I was going to give up on loyalty, and give it all away, but then I realised that the problem was not the club but few people. I challenged those people, and we sorted things out peacefully.  I consider myself very fortunate to have started my music experience with my home-town club, as it always gave me something to look up for, like concerts, studying opportunities, giving me my first conducting and teaching experience, soloing with the band and all of that. It is not the perfect society, as we have lost some fine musicians throughout the years even after debate was not successful, but it is normal that people have different mind sets and different ways to look at things.

What I worry about is the clubs that really and truly do not award their musicians with, at least some respect. Giving a momento as a sign of appreciation when an anniversary is reached is nothing compared to what happens during the year.  It won’t make sense if the club treats their musicians like as if they are non-existent society members throughout the year and then say thanks to them so that the committee show they care in front of the public.

What does a local musician need to know he is appreciated? This question is quite simple to answer. First and foremost is respect, and this can be shown in varies ways, most of which is empathy and reminding yourself that a local home-grown musician (in most cases) is a volunteer, or giving his service at a lower price just because s/he acknowledges that the club has given tuition. Another form of respect is faith. It is not fair at all if a local musician attends most of the rehearsals, studies all the parts, even that small solo part, and then, at the very end, the musical director comes in and tell you, do not worry, Profs. X will play it instead. That is a big stab in the back, cause even though Profs. X would have brought chills down the spine of every listener when playing that small piece, when a local musician plays it, it will simply melt the hearts of the society members and boost the confidence of all other local musicians. How about forgetting the name of your members, or worse, asking them, “Int tal-post magħna?”; it’s as if a mother doesn’t recall its children. Organising some fun activities, it is for free to be creative, and there are also funds to get these things going on.  When a musician is forgotten by his home, most of the time, they will end up feeling remorse that they had to leave for any reason being.

A tie is not just an ornament; it is a statement. The way it is worn shows a-lot of the person wearing it. Choosing the wrong colour makes it unbearable to look at.

One thought on “Choosing your Tie”