At long last, one of the most awaited week is upon us. Those who, like myself, enjoy all about the Good Friday traditions and significance of this week, try to do best out of it.

As you may well know, this is also a special one for me, launching of my cd, and receiving some nice comments and also some good piece of advice for what I did and how to improve made it even more special.

We have also experienced tens of concerts which is great, but in my opinion we are just stretching our limitations and man power to the very maximum limits, with the result of having less time to rehearse and have less challenging repertoire to show off to our audiences.

Some good things that happened this year:

There where wind band concerts that made it more appealing by containing the length of the concert. Others opted to make use of their local musicians and setting the concert in a more chamber like performances giving them more exposure and more responsibility. There where others that made the concert more visually appealing and kept their audience engaged. 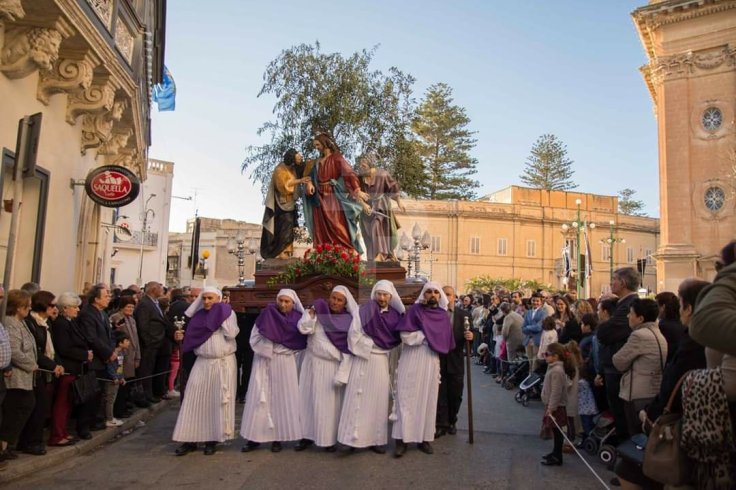 Then there where others that kept the concert a lengthy one as if there is no tomorrow and play as much music as it possibly can. There where also those concerts that shamed the wind band culture and it is quite strange to me that I accept to play for something or someone for money without thinking of my integrity. But that is me.

There were others that glorified foreigners as if in Malta we do not have talented musicians and composers or conductors. There is nothing wrong in bringing foreign musical exports, but not to glorify them only. We should take something back from them. I am perplexed that we even made the entrance with a fee (which I totally agree) but the reason behind it is plain stupid. Taking in consideration that the same band organise one of the most sought after annual concerts FOR FREE, the audience was willing to pay to see a glorified musician (glorified in Malta by the way), and people attended, but it is almost an insult to the public to make a fee when producing a high level concert. That is beyond me completely.

That’s enough about concerts. Let’s get to the what is next: the processions.

This year is the last one having extra exegerated large wind bands performing in the streets during these occasions, as of from next year the limits will be applied as per the document issued by the GħKB.

As clubs, as musical directors, as delegates as musicians, let’s make at least some changes during these processions. Lets keep with the stipulated time, let’s keep our band musically tidy by playing the correct dynamics, not feeling insulted if we have to play the second part (for trumpets and clarinets), give our part in playing, be smart in the way we walk through the streets. After all we are nicely being paid for these activities (not me as I proudly play with my local wind band for the 24th year running).

Let’s not be like Chickens, and be proud of our integrity. Let’s not be like a Cattle as quality is far more important than quantity, let’s not be Monkeys and use our brains to be able to understand what is best for our clubs and keep a balance with our traditions

One thought on “Of Chickens, Cattles and Monkeys.”