Before starting my blog post for today, I wanted to express my deep sorrow to the family and friends for the loss of one of Malta’s most decorated musical professor & composer, Profs. Joseph Vella, after we had the shocking news of his passing away yesterday night. Profs. Vella was not just a composer but a friendly person that was always ready to give a helping hand to anyone that needed it. He always had music before money, and he didn’t really ever boosted his greatness. I was very fortunate to play his music, which he unconditionally gave me to perform in Spain for the student exchange I attended to two weeks ago. This is a snippet of his work we performed- Theme from Music for a White Dove.

While taking part in an Erasmus+ project between Malta, Serbia & Spain, set up by Għaqda Każini tal-Banda last week in Spain, a comment was made by Culture Minister, Dr. Owen Bonnici. It couldn’t have been said at a better time. I was indeed at the right place at the right time to fully agree with the comment passed “Bandclubs are fantastic schools for people who want to learn” since I was given the opportunity to share such a great musical experience because I am part of a band club.

Back till the 70’s & 80’s in Malta & Gozo, being a musician with a club would be a respectable thing and respect was shown even by those that didn’t play. If you were able to play with the likes of La Vallette, King’s Own, De Rohan or L’ Isle Adam Band and others of the sort, you would be considered almost a professional player. What made these band clubs so special? There were only a few reasons. Committees of the clubs respected the band and were knowledgeable and musically cultured people. The Bandmaster (the famous Mros.) was one which everyone respected for there musical capabilities and last but not least, the musicians would study & attend all the rehearsals that took place, once, twice and even three times a week. Above all, pride was more important than anything material compensation. 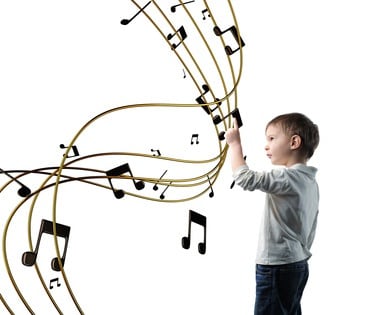 Although most of the band clubs named still rightfully enjoy the pride of their name, some only have there name to hide behind to show greatness, which really and truly is miserable.

What happened after those glorious times? Nowadays, most students almost get bullied when they get to know that someone is playing with the “BANDA“. It almost became something for stupid, uneducated people. We have no one to blame but ourselves. The committees forgot about the teaching process and its evolutions. They forgot what a bandmaster role really is and gave it to anyone that could shake his hand in front of a group of players (if s/he can). We started regarding quantity as the strength rather than quality which meant, that every year a number of students that have just started blowing in their horns are put in the midst not knowing what hit them, for the sake of the annual photo of “BANDISTI GODDA” annual feast programme section…and show their greatness. This had very bad repercussions, students leaving after few years of service, others just stay there without trying to further their studies and become a valid player but worse of them all is the quality of the band itself. In order to counter for this, we got a number of marches, which we included a taste of disco beats, which then every single band club buys and we got everyone playing the same notes in each and every feast (counter for few), and you can still have a band playing without any hiccups. Apart from the marches the level of the concerts being held was getting too a low point that no one bothered to attend to them anymore.

Fortunately, we still have band clubs like L’Isle Adam, Queen Victoria, San George (Bormla), Santa Katerina, Beland, 12th May, Leone, Unione and others that you can identify them from a mile away for their specific marches and sound. What do they have in common all of these clubs that others lack? A committee which committed to having a solid music teaching, an ongoing strive for quality, and a pinch of pride just because respect was shown.

Basically, it all goes down to one thing, Education. In the 90’s and in the 21st-century band clubs got blows from everywhere, especially from the media, that portrayed our clubs as 3rd- class societies, where you will find the worst people in town. Gradually this is changing thanks to more funding and committees that are committing to change things around. For the past years, we started finding band clubs that increase their teaching staff to give better service and information. Masterclasses are being organized more frequently, even though we still find resistance by some teachers that literally scrap the idea to any student that seeks their permission to attend, which is either selfish or cowardly.

While in Spain, I got to discuss what was being done in Valencia which is the mainland of wind bands in Europe and how it evolved to be such. The most important part was professionalism. The government helped by providing funds to all clubs to invest in qualified teachers (one for each instrument and not per instrument section) and also helped musicians in being qualified teachers. Maybe this is a far cry in the short term, but the outcome, in the long run, is paying up. Many students became professionals and with such the band clubs became music schools in their own right and with their own professional musicians. The bands there, are over 100 musicians, but 100 pros, which is way different from what we do here to achieve that same number.

Let us not go way too far in time, and take a look at the pyrotechnics department in Malta. We have regulated so much that we are seeing top-notch performances and world recognition after we started the implementation of different licences and safety measures, and although fireworks do not appeal to everyone, still everyone enjoys some shells when lighting the sky from far or near. Same goes for sports. When sports clubs removed the “voluntary” side when teaching the sports and get all students to pay for there kits, sports got a more serious look and students and parents got more interested. We band clubs, strive to get a student which holds up just because it didn’t pay to get an instrument or lessons, so parents just let them be. I am not saying that we should charge as if a student is going to a private lesson but when people pay to get something, they tend to put more effort and only those which are really interested continue.

In my opinion, band clubs are not doomed to extinct but are in a need of a revamp (and soon) in order to continue what we started, in order to get noticed, in order to regain the pride of our village, in order to be a music ambassador from which musicians start and live the musical experience we all live for. Lest we forget, our band clubs have and still are producing musicians for our Malta Philarmonic Orchestra (and its very own Chairman whom I am sure he wouldn’t mind saying), the AFM band, where most of the Maltese brass, winds and percussion all know their musical kick-off from our “un-educated” clubs. Lest we also forget, we will find priests, ambassadors, doctors, engineers, IT professionals, teachers, heads of schools, architects, full-time musicians/composers and so many other important roles in our society, that had (some still do) there musical education in our band clubs.